After publishing my Ladies in Suits post earlier today, which was inspired by Zoe’s post of a similar topic, I noticed something in the feedback. Two of my commentators said they preferred women in skirts and dresses. So Eric and Pete, this post’s for you.

Here we have the smoldering Eva Green looking exotic and super gorgeous. 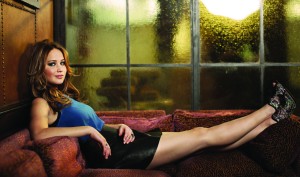 Jennifer Lawrence is laid back and effervescent in this skirt combo.

Mila Kunis strikes a pose and exudes sultry appeal in this shot.

I know I featured her in my last post, but Monica Bellucci is just so strikingly beautiful in this photo, I couldn’t leave her off.

Natalie Portman brings intense and mature grace to this shot and just owns it all the way.

And with all these beautiful women for the guys, it would be unfair to leave the female fans out. So, and this is for you Abbi and Emma, here are some photos to look at. We have Michael Fassbender and Mark Wahlberg for all you ladies to fawn over. Enjoy my blogging sisters. 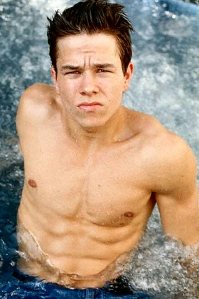 Darren Aronofsky’s Black Swan; a feverish, dark and hypnotic psychological thriller about obsession, desire and mental disintegration is set in the gruelling world of ballet. Focusing on one women’s all-consuming obsession and desire for perfection, it boasts strange and striking visuals, bravura direction and a committed, Oscar-winning performance by Natalie Portman. 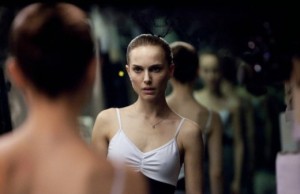 Nina Sayers is a diligent ballerina with a New York company. She is a dedicated dancer but fragile when it comes to criticism as she obsesses over getting everything perfect. When the company’s director, Thomas Leroy, casts Nina in the lead role in the production of Swan Lake, he begins to wonder if Nina has what it takes to embody the dual role. Her pristine, shy and somewhat virginal appearance are a perfect fit for the White Swan, but she lacks the sexuality and uninhibited freedom to play the Black Swan. As the big day of her performance approaches , Nina is pushed towards razor’s edge as she attempts to unlock the darker side of herself. To raise the stakes even more, the new arrival of the sensual Lily, who possesses the sexuality needed for the Black Swan, becomes a source of challenge for Nina’s unstable psyche and the presence of her overbearing mother does little to help. Risking her life for her art, Nina battles strange events as she spirals into hysteria for the price of her graft and obsession. Cue the creepy blurring of reality with hallucinations, sexual awakening and some striking and terrifying visuals as Black Swan throws the audience head first into the lion’s den of desire, obsession and ballet with haunting results.

The ballet at first may seem a strange place to set a psychological thriller but it adds to the sense of rivalry and desire that send Nina into dangerous hysteria. Darren Aronofsky has crafted a sometimes horrifying study

of an interior mental breakdown, comparisons can be drawn with Polanski’s The Tenant and Repulsion. Visually, Black Swan is a cornucopia of startling and arresting imagery such as broken mirrors, bloodied injuries in the style of Cronenberg’s body horror  and vivid colour that adorn Black Swan’s screen. Scenes that stand out are the opening dream sequence of Nina dancing the prologue to Swan Lake and the hallucination filled rave scene when Nina and Lily cut loose on the town. Sonically, Black Swan excels with barely there whispers and the rustling of wings appearing as Nina spirals into mental unraveling. Anchoring the proceedings is the committed and fearless work of Natalie Portman, who collected a much deserved Oscar for her performance. She encapsulates Nina’s shy and virginal demeanor and the various facets of her obsession as her character’s already tenuous grip on reality begins to break as she attempts to dig deep into her soul to find the darkness and sexuality needed to embody the Black Swan. It is a dedicated and never-better performance from the gifted Natalie Portman. Mila Kunis provides the perfect foil to Nina’s fragility as the rebellious and sexy 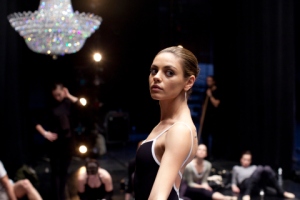 Lily. Vincent Cassel is suitably wolfish as the director who pushes Nina to breaking point as she trains for her role. Barbara Hershey is chilling as Erica, Nina’s overbearing mother who holds an iron grip over her ‘sweet girl’ and refuses to let go, instead living her life through her young daughter’s. In a small but memorable role, Winona Ryder plays an embittered dancer forced out of the company due to her age by the wolfish director.

Visually audacious, operatic, feverish and featuring an absolutely outstanding performance by Natalie Portman, Black Swan is a visceral and chilling psychological thriller with horror elements that refuses to let go and leaves you pondering long and hard after the curtain has closed.