The Ozarks provide the setting for this gritty, dark and yet also hopeful indie drama. Featuring a star making performance from Jennifer Lawrence, Winter’s Bone is an effective slow-burning drama that leaves a longing impact on the viewer.

Ree Dolly is a wise beyond her years teenager living in a dilapidated shanty town of the Ozarks. She is basically a surrogate mother to her much younger siblings Ashlee and Sonny. On top of this she also cares for her mentally ill mother, who is nearly catatonic. She will do anything to make sure her siblings don’t go without, hence her skinning of squirrels for dinner and teaching her siblings the many arts of survival. One day, the local sheriff turns up with news about Ree’s estranged father Jessup. He has skipped bail on the charge of cooking meth and has also put the family’s house up for his bond. This means that if she doesn’t find her father within a week, the family will be made homeless and the house will end up being repossessed. Unafraid, Ree decides to find her father in the strange and brutal community in which she lives; a society seemingly bound by unwritten rules of secrecy and a penchant for meth usage and production. Breaking the local code of secrecy and silence, Ree hacks her way through danger,

violence and brutality in order to discover the truth about her father, and above all protect her family and her home.

I first became aware of Winter’s Bone after I heard Jennifer Lawrence had been nominated for an Oscar for it. Intrigued by this, I watched the film to see what all the talk was about the new girl on the block. Well what can I say? Lawrence is just amazing as the strong, resourceful Ree who won’t back down in her quest for answers and will literally and physically do anything in her power for her family. Her performance isn’t full of typical Oscar moments such as breakdowns and explosive arguments. Instead, her performance is shaded with a quiet intensity and a mature toughness, and is all the better for it. It is simply a star making performance and one in which she really gets under the skin of the character.Ree’s second name maybe Dolly, but there is nothing sweet or submissive about this young girl, she is a tough, resilient fighter searching for the truth that remains elusive in a secretive and savage community.The supporting cast is equally strong, especially John Hawkes as Ree’s menacing,meth addicted uncle Teardrop who eventually helps her in his own unusual way.

Debra Granik’s second feature film is all the more effective for its lack of loud, explosive moments, instead focusing on a languid and quiet lead up to the eventual denouement and revelation that awaits Ree. This indie drama is a slow-burning one that captures the brutal and territorial landscape in which Ree resides and makes the audience really feel like they are in the Ozarks. Although bleak and downbeat at times, the film is strangely uplifting in its theme of searching for the truth and remaining brave in the face of hostility. A genuinely dark and haunting watch containing an outstanding cast, headed by the talented, young Lawrence, Winter’s Bone will make your blood turn cold but also warm your heart in its strange and subtle way.

The story of two best friends going on a vacation that turns into something completely different and ending in an unforgettable finale, Thelma and Louise struck a chord with many upon its release in 1991, maybe because of its road movie revamping and its new female spin on a male dominated genre. Whatever your view on it, there can be no debating the amount of buzz and arguments it has caused over the years since it’s release. Anyway, back to the review of it.

Thelma Dickinson is a meek, put upon housewife whose husband controls everything she does, her best friend Louise Sawyer is a tough-talking, world-weary waitress whose unexplained trauma that happened years prior has made her that way. Both bored in their uneventful and small Arkansas town, Louise suggests going on a trip, just the two of them. They both decide to do it and along the way stop at a bar, planning to leave after a short break. A suave man named Harlan begins to flirt with Thelma and eventually gets the timid housewife drunk. When she goes outside for air, his charming demeanor changes to violent as he tries to brutally rape her. Louise, stops him with the aid of a gun and threatens him. After yelling obscenities at her, Louise shoots him dead. Fearing the consequences of the incident, the duo go on the lam in an attempt to escape imprisonment, and so begins a thrilling journey of self-discovery and the power of friendship, that involves theft, guns and a spectacular chase through the Grand Canyon.

What is so interesting upon viewing Thelma and Louise, is its merging of various genres and its dusting off of old clichés in the form of new ones. At the heart of it, it is a road movie, but it also includes many instances of crime, action and drama. This is all handled under the thoughtful direction of Ridley Scott. Although I wouldn’t expect Scott to make a film such as this, he

actually pulls off the film admirably and memorably. The Oscar-winning script by Callie Khouri furthers our engagement, emotional tie and understanding of the women and gets to the heart of their characters. Credit should also be given to Geena Davis and Susan Sarandon, who both create convincingly outstanding portrayals as the eponymous best friends. All the way through the film, they anchor the proceedings and keep us watching as the women try to find a way to escape imprisonment whilst driving through the twists and turns of the American frontier. Harvey Keitel is also used to great effect as a sympathetic detective, who tries numerous times to persuade the women to stop running. Film buffs should also look out for a young Brad Pitt as a charismatic thief who Thelma takes a shine to after picking him up.

Debate rages on as to whether the film is man-hating, that its depiction of crime is one of a positive nature and that if it shows women in a positive or negative light. The film is also a hot topic when it comes to the ending, which I won’t divulge in case people reading it haven’t seen it. Those who have will know exactly what I’m talking about. Arguments made against it have labelled it flawed and cop-out, whilst others have disagreed. All of this aside, Thelma and Louise makes for memorable viewing because of its re-writing of genre and gender favorability, its title characters that are brought vividly to life by Sarandon and Davis and its mix of humour, drama and emotion.

The other day I watched the trailer for the upcoming, all-star movie Cloud Atlas. From what I know about the movie, it is about six different time zones and character’s actions connecting them. The cast includes Tom Hanks, Halle Berry, Jim Broadbent and Susan Sarandon, amongst others.  Since my first viewing of the trailer , a lot of people have been talking about it, and the opinion seems firmly divided. So I want to know, what are your initial thoughts of the trailer? Do you think that the film will be bold or extremely confusing? Whatever your answer or view, please give it.

Over the years, the movie world has given the world some of the most memorable speeches, one liners and conversations. Today’s post is focusing on them. So what quote lives long in your memory? Is it a well-known one or something not as widely talked about? Whatever your answer or opinion, please give it as I’m interested to see what quotes people can come up with.

I often think that performances can get overlooked in a horror film as a result of the scares of it. But I do think there are some effective performances that manage to stand out. So, what is your favourite performance from a horror film, whatever your opinion is please comment.

The performances off the top of my head, that I consider memorable and effective in a horror film are; 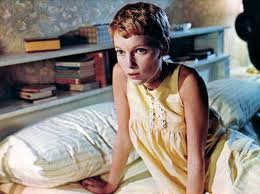 I decided to post another article on the Queen of Pop as my last ones proved popular. Today’s question is which is your favourite ballad released by her? Although she is primarily known as a pop and dance artist, she has had her fair share of ballads that show another side to her. Whatever your choice please give it and the reason why. Soon I will be posting articles on another artist of my choice.

In case anyone is racking their brains trying to think of a ballad, here are the one’s I like;

Take a bow– A sombre tune that uses the theatre and masquerade as the way to tell the story of a painful break up.

Bad girl– One of her most underrated ballads, this one accompanied by sweeping strings and heartbroken vocals tells of a women’s self-destructive behaviour as a result of unrequited love.

This used to be my playground– A melancholy number about childhood memories and the past, this has one of her best vocal performances.

Another music post. This one is asking what albums can you never get bored with listening to and the reasons behind it. I have a really varied taste in music but I will try to list some of my favourite albums. Off the top of my head they are;

Lungs- Florence and the machine

So whatever your answer please give it.

After the success of my last music themed posts, I decided to continue with them. Over the years I have listened to an array of music and been made to feel all kinds of emotions. Sadness is one emotion that always crops up when I hear people talk of music. So I’m asking, what song moves you and why? Is it the lyrics or the melody? Or is it the overall atmosphere of the tune? Whatever your answer or opinion, please give it.

I often think that a good movie has believable characters who you can relate to in one respect or another. Often when I’m watching a film, I’ll be drawn to a character on an emotional level, really understanding what is happening around them and seeing some part of myself and personality in their character. So have a think,  which movie characters do you relate to the most and the reasons why?