I was asked to write a piece by the lovely Gill for her blogathon on Angela Lansbury . I too adore Angela Lansbury and wanted to highlight this by writing about why I love Murder, She Wrote. I’m happy to do this tribute to such a national treasure and mainstay in movies and television.

Here are the reasons why I love Murder, She Wrote:

1. Of Course it has to be Angela Lansbury:

The biggest reason the show is so effective and entertaining is the incomparable Angela Lansbury at the centre of it.

She’s the perfect choice for the role of amateur sleuth and successful crime writer Jessica Fletcher. She blends observational tendencies, gentle humour and moments of deep strength to form this beloved woman who has a nose for murder. Lansbury is so good that it’s impossibke to imagine anyone  else playing the part. I just love how radiant but firm she is and how she is a likeable character. It wouldn’t be successful without the talent of Lansbury.

2. There’s a certain level of coziness to it:

Now that may sound strange considering the show is about someone solving murders, but please let me elaborate. While the content of the show is Jessica attempting to unearth murderers, it has a lightness of touch to it. It’s not dour and overly serious, but rather. Yet it does have strong emotional moments in it, it’s the episodic nature and knowledge that Jessica will succeed in her sleuthing that really makes Murder, She Wrote.

3. The vast array of guest stars:

Sometimes watching Murder, She Wrote is like playing spot the celebrity, given the amount of famous guest stars that have featured on it. From seasoned pros of Old Hollywood to stars just on the cusp of recognition, Murder, She Wrote has them in spades. You’ll be surprised how many big stars had early roles on this show.

But the biggest reason of all is Angela Lansbury who’s incomparable.

Clint Eastwood directs and steps in front of the camera once more with The Mule, which takes basis from a true story of an elderly man who was an unlikely drugs mule for a cartel. With it being Eastwood there is undoubtedly talent here and good spots. The trouble is The Mule stumbles in the mid section and I can’t help but feel it could have been better than it was.

Earl Stone is a 90-year-old horticulturist who has seen better days. He’s become bitter and out of sync with society. 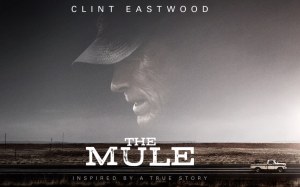 His business is approaching foreclosure and after being so neglectful of his family, most of them have shunned him and his wife Mary has divorced him. His granddaughter Ginny hasn’t turned her back on him and invites him to her engagement party. It’s at the party that someone gives Earl a tip-off of a job where all he needs to do is drive. Desperate, Earl accepts, little realising that he’s becoming a drugs mule. Even when he does discover what he’s transporting, he asks no questions as he is so in need of the cash. With the money he gets from each job, he tries to make amends with people he’s wronged in the past and attempts to build more bridges with his estranged family. This goes very well and his efficiency in the job earns him some respect in the cartel community, particularly the head honcho. But the DEA is trying to crack down on drug smuggling and a transportation in Illinois and as headed by the purposeful Colin Bates, they aren’t going to stop until they reach the source of the illegal acts. Earl keeps going with the job, slowly coming to see the darkness he has put himself in. Yet as the DEA closes in and the cartel start to fight amongst each other, Earl is stuck firmly in the middle of what could be a very dangerous situation.

Clint Eastwood brings his usual professional sheen to the film and focuses on characters, primarily Earl. Character development of the titular mule is what this film does well. I especially though there was poignancy to the fact that Earl feels so out-of-place in a technical, modern world that he doesn’t understand. That was one thing that came through loud and clear when watching The Mule. 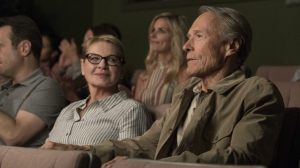 Not all of Eastwood’s decision behind the camera pay off, for starters the film runs too long and falters in the middle part. But his sophistication and handling of the main narrative is excellent and provides at least some emotional tie. If anything’s to blame for The Mule not being an overall excellent movie, it’s the script. Although it does bring out moments of dramatic worth, I need felt it all came together clearly or pleasingly enough. Having the other story of the DEA dragged a lot and didn’t feel not nearly as compelling as watching Earl slowly make attempts at redemption while he goes along on this dangerous ride . And though The Mule has its share of humour and lightness, the middle part where Earl sees the corrupt but intriguing wealth of drug dealers doesn’t quite sit right with the rest of the film. It only is really there to show what while he’s old, he’s still got some rascal about him with the ladies and can still have a good time. This isn’t to say that The Mule is a terrible movie( it’s actually quite good but flawed in execution), I just expected a bit more from it. I’m firmly on the fence with this offering from Eastwood, but his undeniable talent is still alive which I’m grateful for. Once seriousness kicks in, the last half of The Mule redeems quite a number of the foibles that so ruined the earlier parts. It’s here when we get the weight and emotional heft of a man coming to terms with what he’s done and these are the best moments. Eastwood’s love of jazz is prevalent too, using any opportunity he can to indulge us with melodies.

Clint Eastwood can do the grumpy, old guy act in his sleep and he portrays something akin to that here.

But being Eastwood, it’s not just cut and dry. He inserts charm, humour and sadness into the character often with just a look or movement of eyes. The character is morally complex and flawed, which Eastwood is adept at bringing forth here and throughout his career. And credit to the guy, he’s 88 and still going strong, even if he’s made to look more frail and weathered here than he actually is. He’s one of the biggest assets going in The Mule and of the best things in it. In yer,s of acting, Eastwood is given the most to do. Dianne Wiest makes the most of her role as the ex-wife who still can’t shake him, despite vehement arguments that she is fine alone. Her scenes with Eastwood really have an emotional hook to them that both play beautifully. On the other hand Bradley Cooper, Michael Peña and Laurence Fishburne are all underused as DEA agents closing on the cartel. All three are great actors, but they aren’t provided with sufficient meat to savour on and make them memorable in this flick. Taissa Farmiga does what she can with her role as the only person who seems to see the good in her flawed Grandfather, while Alison Eastwood(Clint’s actual daughter) has her moments reconnecting with her estranged father that hit hard. In a brief part, Andy Garcia is highly entertaining as the cartel boss with flamboyant style.

Immensely uneven but definitely watchable, The Mule is a mixed offering from Clint Eastwood. I’m firmly in the middle in my opinion, but I can’t deny that Eastwood’s still got it, even when the work is minor and not quite a pitch on his more successful films. 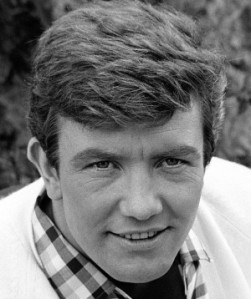 I just saw the sad news that actor Albert Finney has passed away at the age of 82. One of cinema’s original angry young men, he went on to have an illustrious and variety filled career, highlighted by work in ‘Saturday Night and Sunday Morning’ and ‘Tom Jones’. I always found him to be a fine presence on screen and the news of his death saddens me. May the great Albert Finney rest in peace.