A continuation of Marcel Pagnol’s childhood memories in turn of the century France, My Mother’s Castle provides a heartfelt and irresistible companion piece to My Father’s Glory. Filled with heartfelt moments and loving technical work, particularly in the locations and cinematography, My Mother’s Castle is just spellbinding and charming in equal measure.

This film picks up after the summer adventure that framed the first movie with the adult Marcel still narrating his eventful childhood.

Marcel is a little older now, but still yearns for the beloved hills that brought so much joy to him. Yet as he is getting older there is pressures to grow up, especially in school as he has been selected to take part in a competition for a scholarship to secondary school. The memory of the summer home is never far from his mind, and he is finally granted his wish when he and his family; teacher father Joseph, gentle mother Augustine, little brother Paul and toddler sister Germaine. The experience is once more wonderful for the young Marcel, who reconnects with old chum Lili and discovers many other things, among the nature and games he takes part in. 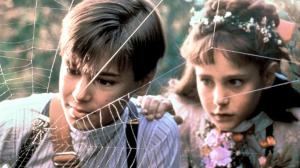 Chief among these is the pangs of a first crush on pretentious girl named Isabelle, who treats Marcel like a slave as he tries to please her but is blinded by the girl he sees as loving. Yet these feelings fizzle out when Marcel sees how haughty she is, but nothing dims his love of the Provence countryside. But, there are problems because the path the family takes whenever they visit the summer house in the hills is a long and arduous one that goes around many rich estates and they unfortunately have to scale to a minimum. Hope comes in the jovial form of Bouzigue, a former student of Joseph’s who works on the canals that back on to the properties. As a favour, he gives the family a key that lets them go through the doors that link the properties and in turn cut their journey down to much less than before. Danger is present with the prospect of getting caught by anyone of the landowners(many of whom are eccentrics), but it’s still all part of the adventure for Marcel and his family as they venture through more frequently. Yet with him now growing up and approaching adolescence, how long will the adventures continue for the young and imaginative Marcel?

Yves Robert directs once more and brings out all the love, charm and wit of Marcel’s young years to the screen with panache and care. To say that My Mother’s Castle is a sequel is to do it a disservice( both films were made back to back after all), as it is a continuation of the first film and one that is just as good as it. 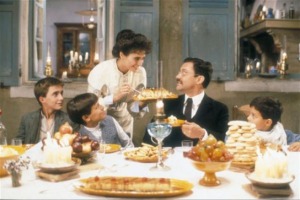 My Mother’s Castle is less episodic than My Father’s Glory, but is just as compelling as it deals with more emotions than the first as Marcel continues to grow and observe the world around him. There is still a big amount of warmth to the film, it just deals with Marcel approaching adolescence and seeing the complexities of life. All of this is done with the most astonishing care and love, helped by the sprightly direction that knows when to slow down and gives us insights into the characters. By this point, we have come to love the characters(including the talkative and slightly pompous Uncle Jules and loving Aunt Rose who appear again) and for me to say that seeing the family once more wasn’t enjoyable, would be for me to lie. The film manages to have both a healthy amount of drama and comedy, with Marcel’s struggles to grow up, his families attempts to not be caught sneaking through the gardens of the houses and his pining for the stuck up Isabelle all highlights of the two genres. 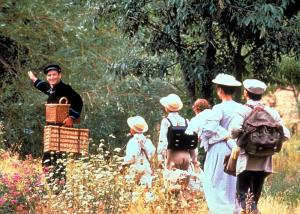 Colour abounds from every frame within My Mother’s Castle, signifying both the impish adventure of childhood and ultimately the time when we must all become a lot more serious and focus on what lies ahead for us. And it must be stated that while there is so much fun to be had, the film doesn’t forget the emotional pull. As it concludes and Marcel reflects for the last time, I think everyone who sees this film will at least have a tear in their eye as the emotions and heartfelt impact of the piece is palpable. Splendid music, laced with a certain melancholy reflecting the transition from young boy to young man is once more a beautifully brought together treat.

Once again, we have the wonderous cast in superb roles that fit them all like gloves. In the lead of the growing Marcel, Julien Ciamaca impresses again with his natural delivery and abundance of charm.

The character of Marcel is now a little wiser yet still unaware of certain things in life and Ciamaca brings out the clinging onto childhood and the knowledge of adolescence to great effect in a touching performance. Philippe Caubère as the bespectacled father and Nathalie Roussel as the loving mother are wonderfully paired and exhibit just the right amount of care and fairness to their respective roles within the scheme of things. The new addition to the cast of colourful characters of Marcel’s childhood, Philippe Uchan is all good heart and jovial tendencies playing the kind former student of Joseph, who provides the family with the means to visit the country idyll as much as they like. And with Didier Pain, Thérèse Liotard and Joris Molinas returning, you can’t really ask for more from this heartening movie.

With the added heft of adolescent moments that shape Marcel’s life but also the hope of a child’s memories and treasures, My Mother’s Castle emerges as a wholly moving experience and when coupled with My Father’s Glory, an utterly dazzling and lovely experience.

A sublimely enchanting and thoroughly engaging movie, My Father’s Glory charts the events in the childhood of author/ film maker Marcel Pagnol’s life. Told as a set of anecdotes from mainly a summer adventure in the hills of Provence, it is impossible to not be swept up in this tale based on Pagnol’s memoirs as it just grabs a hold of you in a subtle way and invites you to bathe in the splendid idyll of childhood.

Marcel Pagnol was born in 1895 in Aubagne, France and throughout My Father’s Glory, as an adult he narrates the subsequent events in his youth and the impact they had on him.

His father Joseph was a schoolteacher who is firm but incredibly warm and his mother is a sweetly engaging woman named Augustine. The young Marcel, who moves to Marseille when he is young, shows brightness from the age of three and a spirited imagination, which obviously led to his literacy talents in later life. He idolizes his father, who in his eyes is the turning point of the universe and holds deep adoration for his mother. Also around him is his younger brother Paul, a baby sister, nurturing Aunt Rose and Uncle Jules;who is a man of religion and tall, inventive tales. The differing in attitudes between Marcel’s father Joseph(who is an atheist) and pious Jules provides an amusing backdrop as they bicker often over dinners about beliefs. One summer break, Aunt Rose and Uncle Jules invite the rest of the family to a summer house in Provence. Surrounded by hills, mountains and nature, the young Marcel comes into his element as he begins exploring and encountering adventures. Along the way he meets Lili, a boy adept at providing for his family in the wilderness.

The two become fast friends and bond over their discoveries over the course of the summer. Meanwhile, tensions rise a bit between Joseph and Jules, with the latter showing Joseph up with his skills at hunting. These events show Marcel that while he has put his father on a pedestal, his father is not perfect. This combined with many more life lessons learned over the summer, open Marcel’s eyes and mind. But when it is time to return to the city, Marcel doesn’t know what to do as he can’t let go of all the wonderful times he experiences.

From the opening shots of the French countryside, director Yves Robert places us straight into the bucolic beauty and nostalgic glee of Marcel’s childhood memories. He employs a pace that is patient yet rewarding as it resembles the long summer days when everything  in the world seems so fresh and new. It’s hard not to be warmed by watching My Father’s Glory, it is a movie that practically lives and breathes in bright sunshine and puckish games. Yet, the film has something of a poignancy as we hear the adult Marcel reflecting on his time as a child, that was extremely happy and bright, but has now passed and is now a memory for him of a bygone era.

If anyone else had directed My Father’s Glory, I’m almost certain they would crank up the sentimentality a lot. But in the capable hands of Robert, the film, while obviously nostalgic, has free charm and a moving undercurrent that keeps it from become a schmaltz fest. And one cannot simply review My Father’s Glory and not speak of the absolutely dazzling visuals and locations. Breathtaking in their natural beauty and dappled with sun, the world of Marcel’s childhood glows with the glee of a youth and rustic charm of the countryside that Marcel explores and becomes hugely enamored with as the movie goes on. The movie is told as events rather than a hugely structured plot, but that is part of the fun to be found. We get such a captivating picture of life from a child’s point of view that any quibbles people could find with narrative are put to bed rather quickly. Humour and drama can be found throughout, particularly in the skirmishes between Joseph and Jules, which remain cordial enough but at times rise to heated disagreements. A wistful score is the perfect accompaniment to the idyllic areas of this tale, the simple pleasures of life and it must be said, the score reaches some exceptionally stunning highlights.

Portraying the young Marcel, who the events revolve around and his observations of them all, Julien Ciamaca is a marvel of youthful energy and high spirits. 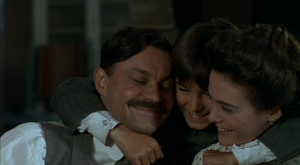 With a beaming smile and very expressive eyes, he captures the imaginative outlook of Marcel and the ways in which these childhood experiences make an indelible impression on his mind and soul. In other words, it’s a stunning performance from Ciamaca and one that is hard to forget. Essaying the role of the eponymous father, Philippe Caubère projects warmth, passion and a respect, that makes him appear to be almost super human in the eyes of his young son, when in fact he is only human after all. As Marcel’s almost ethereal mother, Nathalie Roussel is maternal love personified with an angelic face and graceful eloquence. Didier Pain often steals the show as the blustering and more than a little arrogant Uncle Jules; whose tendencies of bragging and talk of religion ignite arguments between him and Joseph. Then we have Thérèse Liotard as Aunt Rose, who like Augustine, is more than adept at defusing the debates between her husband and brother-in-law while being doting on the children around her. Rounding out the cast is Joris Molinas as the nature boy Lili, who becomes a very close friend of Marcel’s during the course of the summer stay.

An utterly beguiling evocation of childhood and the wide-eyed optimism of being young, My Father’s Glory is a beautiful testament to a wonderous growing up that both touches, amuses and warms the heart.