Today is the 35th birthday of Christina Ricci, who ranks as one of my favourite actresses and one who I always think is very underrated, considering her many outstanding performances throughout the years.

With her large eyes, petite frame, dark hair and expressive face, Christina Ricci possesses a charm, kookiness and maturity that she imbues in her work, that helped her transition from child actress to adult star with relative ease. I love how her work in movies is so fearless and her willingness to play dark and unconventional characters. She never seems to go for the safe option in movies, no role seems too out there or to edgy for her and I respect her for that. Listing her amazing credits is a hard task but here are some of the best moments from her career that come to my mind when I think of her:

Debuting in Mermaids and acting alongside

Cher and Winona Ryder, as a wannabe Olympic Swimmer in a kooky and dysfunctional family, Ricci made an impression.

The Addams Family, Ricci found her niche for playing dark and unusual characters.

As the lonely young girl who befriends a benevolent ghost after moving into an old and creepy old house in Casper.

As the sleazy, vindictive and alluring runaway bitch who wreaks havoc on many lives,

Ricci’s performance in The Opposite of Sex helped her make the transition to adult roles.

As the romantic yet enigmatic witch in the fantasy horror Sleepy Hollow,

As the outcast lesbian lover of serial killer Aileen Wuornos in the emotionally devastating Monster,

Ricci turned in an effective performance opposite Charlize Theron. 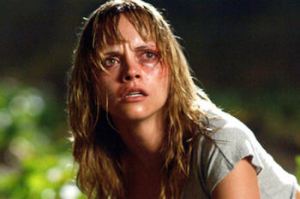 Ricci contributed a no holds barred performance as a nymphomaniac in Black Snake Moan.

All I have left to say is, Happy Birthday Christina Ricci.

Chilling, blood-soaked and visually ravishing, Tim Burton’s take on Washington Irving’s classic story is a creepy tale of murder and the supernatural with nods to Hammer Horror.

Bolstered by a strong cast and a striking colour palette, Sleepy Hollow is a must for old-fashioned horror fans.

Ichabod Crane is an awkward, eccentric and unorthodox policeman in 1799 New York. His methods, such as autopsies and checking for fingerprints are criticised by those around him as they are peculiar and deemed unimportant. Ichabod is also plagued by his blurred memories of a past trauma involving his mother which he begins to piece together. He is given the task of uncovering the murderer in a small remote town known as Sleepy Hollow. Four people have been murdered in a short space of time, each of the victims was decapitated and their head was not found. Arriving in the dour town, Ichabod meets with the town elders; Baltus Van Tassel, the most respected and richest citizen, solemn Reverend Steenwyck, nervy Magistrate Philipse, quiet Dr. Lancaster and menacing Notary Hardenbrook. While Ichabod believes that the murderer is a man, the elders have a very different idea. They believe the carnage is the work of the Headless Horseman, a former mercenary in the war who delighted in chopping off the heads of his victims. The Horseman would eventually befall the same fate at the hands of soldiers. The elders are convinced that the Horseman has returned for revenge. Initially very skeptical and trying to think logically about what killed the victims, Ichabod begins to understand this story after his own encounter with the vengeful spirit. 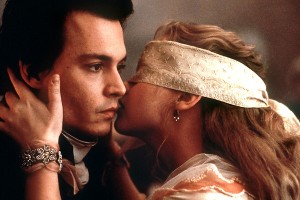 Spooked but still determined, Ichabod attempts to unravel the mystery with the help of Katrina, the romantic and enigmatic daughter of Baltus and Masbath, a recently orphaned boy who sees Ichabod as a surrogate father. Gothic chills and bloodshed follow as the mystery deepens into the realms of the supernatural.

From the opening frames of fog and carnage, we are transported into the gothic world of Tim Burton, who is clearly having a ball with the source material. Burton infuses Sleepy Hollow with an unnerving atmosphere of fear and mystery by utilising shadow and slow-building suspense.He respectfully tips his hat to Hammer Horror with scenes such as the eerily misty woods, a mysterious person clad in a cloak who glides through the woods one night and the wise crone who dwells in the cave, whilst also giving a darkly humorous and sly edge to proceedings.

Visuals in Sleepy Hollow are second to none, with the looming houses of the town casting an ominous atmosphere and the gnarled Tree of the Dead a particularly terrifying sight to behold. Sleepy Hollow may be gory in many scenes as crimson and scarlet fill the screen, but at least it has a gripping story to keep it from falling into a full on gore fest. Danny Elfman provides a haunting and spellbinding score of choir chanting, uneasy strings and dreamlike percussion that perfectly sets the mood of impending terror that awaits Ichabod upon his arrival in the eponymous town.

Johnny Depp heads the impressive cast as the nervy and free-thinking Ichabod. He conveys fear, skepticism and radical thinking whilst giving us some darkly funny moments when Ichabod’s modern techniques are questioned by old-fashioned values. Christina Ricci is luminously enigmatic and dreamlike as Katrina, whose secretive behaviour and beauty soon cause her to become the object of Ichabod’s affections whilst aiding him in his unearthing of the sinister legend. Miranda Richardson makes for a mysterious character with her evasive presence and strange smiles every so often that slip from behind her image as a model wife. Marc Pickering conveys maturity and courage as Masbath, who helps Ichabod and develops and deep father-son bond with him. In supporting roles as the village elders;Michael Gambon, Jeffrey Jones, Ian McDiarmid and Michael Gough are respectable and intelligent. Casper Van Dien is well suited to the macho character of Brom, a potential suitor to Katrina who begins to feel threatened by the presence of Ichabod. And not forgetting Christopher Walken, who portrays the Horseman in flashback and adds a terrifying intensity and menace to the role.

A spellbinding, eerie and visually stunning horror film, Sleepy Hollow is both an affectionate throwback to old horror movies and a suspenseful thrill ride of mystery and danger, crafted with eccentric care by Tim Burton.