The Call may not be original and while predictable, it’s a tense, high concept thriller from the get go. For a nail-biting time that incorporates action and a game cast, The Call is just the ticket.

Jordan Turner( Halle Berry) is a seasoned 9-1-1 operator working for the Los Angeles Police Department. She’s very good at her job, until she is left shaken by one particular night. 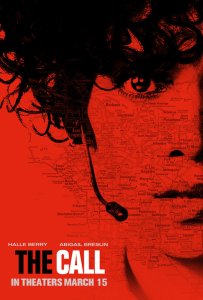 A terrified young girl by the name of Leah calls telling Jordan that there is someone breaking into her house. Jordan advises the girl to hide from the intruder but keep the phone on so she can help. Unfortunately, interference causes the call to end. Scared of what might have happened, Jordan calls back the number. By calling back, the madman is alerted to Leah’s whereabouts. He snatches the girl and her body is found a day later. Jordan is left suffering nightmares of immense guilt as she tries to cope with feelings of culpability and a sense of responsibility that won’t let her rest.  Months later and Jordan no longer works an an operator following the botched operation, instead she trains those going into the job. She is still traumatised by what happened but is going to be brought back into the fold once more. Teenager Casey Welson( Abigail Breslin) is kidnapped while in the parking lot of a mall. She manages to contact emergency services which puts her onto Jordan. The problem is that Casey is using a disposable phone that belongs to a friend who left it when they were out shopping. With it being very difficult to decipher the whereabouts of Casey, Jordan has to keep her on the line and hopefully alive long enough for help to get to her. The man who snatched Casey has dark motives for doing so and as we see throughout, is not above committing more murder to cover up his plans. We discover his name is Michael Foster(Michael Eklund) and that he’s been kidnapping blonde girls in particular to murder over the past few months. With this knowledge, Jordan summons all of her wits to help Casey as best she can. The question is can Jordan save from an almost certain death against the odds and finally have some closure?

Brad Anderson, who I know from directing the much underrated and sinister Session 9, is on fine fettle with his efficient touches to this fast moving thriller. It ratchets up the suspense early on and doesn’t really let up, thanks to Anderson’s exciting and crisp direction which mainly takes place in claustrophobic spaces. 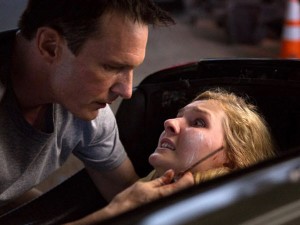 Most effective are the scenes of Jordan guiding Casey through attempts of escaping the car she’s been locked in the boot of. The final half is somewhat flawed and isn’t quite in keeping with the rest of the film, but The Call by that point has generated a lot in the way of suspense and action that it’s foibles can be forgiven. proves to be quite a nail-biting film. While it’s hardly reaching for anything deep, The Call does what it says on the tin and thrills. Fast cuts, intense close us and occasional freeze frames heighten a adrenaline induced atmosphere. This is most effective in the opening of tracking shots and overlapping voices displaying the tough work done by operators on a daily basis and later as Jordan keeps a trapped Casey talking  in what escalates into a nerve wracking game of potential discovery and terror. It’s a predictable film but one that still has you on edge with unease and tension. A pulsing score is a good little element that accretes this movie as atmosphere increases as the search goes on.

The reasonably small cast is something that lifts The Call higher than it would be otherwise. 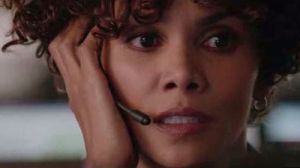 Halle Berry heads things with a good mix of grit and vulnerability that makes her sympathetic to the audience. We feel for her and it’s a good showcase for Berry, who has been in some bad movies and who I’d love to see get more roles to show off her skills. Thankfully, The Call provides her with a good role and she more than rises to the occasion with a strong performance that adds a certain weight to proceedings. Abigail Breslin does very well too, even if her main function is too panic and look terrified as the kidnapping victim. What makes her stand out is her rapport with Berry, even though they aren’t actually together for a lot of the film. Her resilience begins to build and Breslin really shows that. Both ladies compliment the other and it proves mutually beneficial in the long run. As the main antagonist, Michael Eklund really stands out by making the part so eerily creepy and repellant. He has this intense state going and the kind of look that sets your nerves on edge, crafting a palpable sense of menace that goes a long way. In short, Eklund was perfect casting for the role of serial killer with a deeply twisted modus operandi. Morris Chestnut appears as Jordan’s boyfriend and cop, though he’s not really given much material to work with. Standing out in a supporting turn as a rather unlucky passer by who attempts to help Casey and soon gets into an ill-fated situation, Michael Imperioli makes his mark here.

So it has its flaws and is not going to be seen as some masterwork of the thriller genre, The Call has its great moments that make it a sinister and effective movie. Add in skilled direction and Halle Berry once more showing off her talent and The Call is definitely entertaining viewing for an audience looking for a tense time.