As predictable as some of it gets, Just Like Heaven at least distinguishes itself from other romantic comedies by having a fantasy element and being able to earn our sympathies as a metaphysical relationship is sweetly but movingly played out. 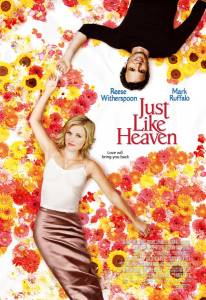 Elizabeth Masterson is a supremely dedicated and caring San Francisco physician, who as events open is completing a marathon twenty-six hour shift. The hospital is Elizabeth’s whole life and she has little time for anything else. Her superiors tell her to go home and rest and after much resistance she does. Though on the way home where she is to go on a blind date set up by her sister, Elizabeth’s car collides with another in an accident. Three months later through happenstance, David Abbott; a landscape architect still grieving for the death of his wife two years prior moves into Elizabeth’s apartment. What he gets is a real surprise when Elizabeth appears and begins telling him that he is trespassing in her apartment. Bewildered and shocked by the fastidious woman telling him that the apartment isn’t his, David is in for even more of a surprise as he comes to see that Elizabeth is in fact a spirit who only he can see and seemingly communicate with. The pair is then at each other’s throats about this as confusion takes centre stage and David remains puzzled on how this apparently supernatural turn of events unfolds. 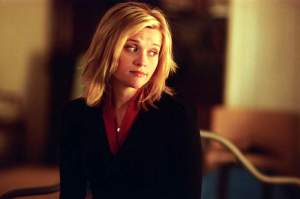 On the other hand, fussy Elizabeth is convinced she is not a spirit of someone recently deceased even though there is a lot of evidence to suggest this( she can walk through walls and appear and disappear at will). She also has gaps in her memory and call only recall her name. David enlists the knowledge of Darryl, a young bookshop worker who has an unexpected gift of being able to sense cosmic and spiritual energy. Over time, Elizabeth and David’s animosity thaws as they grow closer and Elizabeth manages to get David to open his heart once more after keeping it guarded for so long following his wife’s death. Yet as they begin to warm up to one another romantically and assemble some of the fragmented pieces of why she is a spirit and only David can see her, unexpected circumstances threaten them. Can the growing love between them conquer an uncertain future for the unusual union?

Mark Waters makes proceedings a mixture of humorous and emotional, letting the two main characters work through their differences which are anything but ordinary. A sensitivity is generated throughout the film which sets it apart from most romantic comedies that often have no real depth to them. And yes Just Like Heaven has its amount of sugary moments that you’d probably expect, but the soul of the film permeates through with effervescence. The brisk pace makes the movie sprightly and full of moments of comedy; most of the humour stemming from situations in which David talks to Elizabeth, who often disagrees with him and other people think he’s either crazy or hallucinating about something. 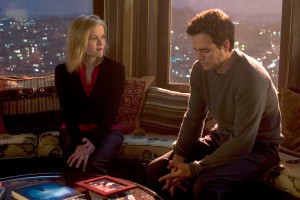 San Francisco shines in sun dappled glory, pervading the film with a loving sense of magic that comes from the two principal characters. It must be said that Just Like Heaven is in my view a very underrated film that not enough people talk about. If it’s a romantic comedy with a supernatural twist, this movie is the ticket and provides something a little different from the ordinary. A tender score accentuates the growing attraction of the two main characters and the subject of fate which seems to play a part.

Reese Witherspoon is engaging, funny and moving as the dedicated Elizabeth, whose predicament of whether she’s alive or dead takes centre stage. Witherspoon positively glows in an ethereal way in a part that displays her deft comedic timing and soulful emotions. Equally as good is Mark Ruffalo in the part of the grieving David, at first shocked at the appearance of Elizabeth and then slowly given parts of his life back as he develops romantic inclinations for her. Mark Ruffalo really shows a different side to his acting here, showing a gift for physical comedy underneath a veneer of wounded seriousness. 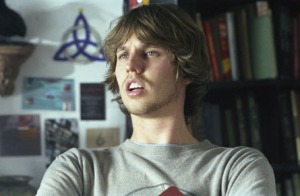 In an exceptionally hilarious performance as the chilled out psychic Darryl, Jon Heder makes a marked impact on the film whenever he graces the screen in this engaging supporting turn. The guy is just hysterical because as helpful as the character is, he’s often so laid back he could fall over. Donal Logue as David’s concerned friend and Dina Spybey as Elizabeth’s sister help complete what is already a lovely film.

A funny but very touching romantic comedy/fantasy, Just Like Heaven is a heartwarming film, given a gentle core and an amusing top, along with lovely work from the two leads that bring a touch of magic to the underrated film.