Many television shows showcase eventful places for the characters to occupy, but there are some more eventful than others. There’s no shortage of drama or mayhem in the following roads, streets or towns. These are only a few examples as there are too many to list. 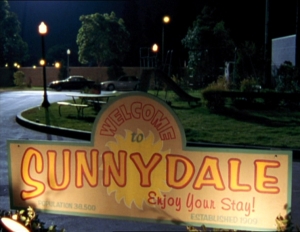 Many people may proclaim that where they live is hellish, but fancy residing in a town where you are right about the mouth of hell. For Buffy and pals, things that go bump in the night and monsters are a day to day occurrence as frequent as going shopping. Much supernatural peril and ass kicking commences in the ironically named Sunnydale.

Beneath the pleasant mask of suburban bliss is a very dark hotbed of affairs, murders and bitchiness. Seriously, how much stuff has gone down in Wisteria Lane for the eponymous ladies? It’s no wonder the emergency services are an almost constant presence on the seemingly sleepy street given all the drama unfolding. 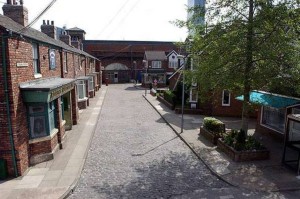 The long running British soap boasts one of the most event laden streets in television history. For such a small street in Manchester with only a few houses, Coronation Street’s small size shouldn’t fool you as its played host to all number of tragedies, disasters and squabbling. Scrapping in the street is a given, bed-hopping is a go to and drinking in the pub is mandatory. Is it any wonder there’s so much going on?

Those were three examples that spring to my mind. So which places in television would you say had enough drama to last a lifetime?