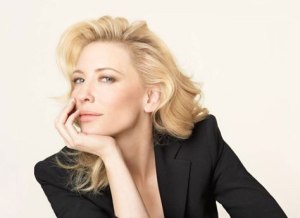 Simply stated, I adore Cate Blanchett. The sheer command and versatility of her work never fails to impress or surprise me. She is the definition of reliable, turning out excellent performances continually. It’s staggering to watch her perform and take on a new challenge. She’s one hell of a class act if ever there was one. If I’m honest, I’d find it hard to choose just one favourite performance from her, which is why I’m leaving it up to you wonderful people. So which of her illustrious roles gets your vote as the best?

What’s Love Got To Do With It

A biopic of Tina Turner, her rise to stardom, abusive marriage to husband Ike and eventual freedom is dramatised with verve here in What’s Love Got To Do With It. Now is quite generic and follows the rules of a biopic to the letter, but that shouldn’t distant from the incredible acting, killer soundtrack and revealing glimpse into a woman’s gradual emergence as a liberated and unafraid star.

We begin in Nutbush, Tennessee where Anna Mae Bullock( Turner’s birth name) is a young girl with a big voice.

She is abandoned by her parents at an early age and is raised by her grandmother. Flash forward a few years, and she’s a shy and coltish young lady coming to St. Louis to see her long estranged mother. It is here with her sister that Anna Mae first meets charismatic bandleader Ike Turner in a bar. One night when he’s performing, the microphone is passed around the female patrons. It ends up with her and when she belts out a song, everyone is totally surprised. Ike sees something in Anna Mae and begins mentoring her, later giving her the name Tina Turner and structuring his band around her. Soon success is pouring in for Ike and Tina( who marry quickly) in ways she never thought possible. Yet events quickly sour and get darker as Ike becomes more insecure and addled with drugs. This leads to him putting pressure on Tina to perform no matter whether she’s too exhausted to do it. And when she begins to gain most of the attention, Ike’s abusive streak reaches physical heights and brutal beatings, which terrify and cage Tina. Scared to leave despite his torment of her and humiliation at his hands, Tina sticks with Ike, but slowly crumbles under his abuse. That is until Tina finally gains the stiffening of her backbone needed to leave Ike and take control of her life.

What’s Love Got To Do With It is pretty conventional in its main execution like a lot of biopics, but director Brian Gibson still makes it a film to remember with how dark he depicts events behind the curtain.

The biggest flaw for me is how quickly everything moves, with certain events and is hit and miss with its timing. Granted, the news footage with a hand-held sort of grain that presents the passing of events in a largely effective manner, even if the screenplay some homes leap frogs some things and leaves you to fill in the gaps. Credit should be given to his grimly realistic the brutality and emotional torture of Tina under Ike is depicted. This unvarnished and at times shocking depiction of events lends a wallop that some biopics miss by trying to be overly glossy. At the centre of the movie is the self-discovery and worth of Tina, who slowly finds a fortitude within herself that enables her to become a survivor. And the other saving grace in the film is the bravura music numbers. From a relentless and exhausting cross cutting performance of ‘Proud Mary’ to the solo triumph of Tina with the title song, the music and its sound are fully alive and vividly staged.

If there is anything that really raises the roof of What’s Love Got To Do With It, it is the two exceptional performances of Angela Bassett and Laurence Fishburne. 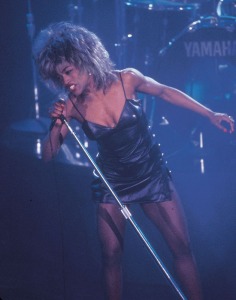 Angela Bassett strikingly and uncannily captures the feisty, sultry and energetic persona of Turner on stage, while revealing the well of sadness and torment behind closed doors at the hands of possessive Ike. Seriously, Bassett gets so much into the part, that you genuinely feel like you’re watching the real woman in action. That’s one of the highest compliments you can give a star, but it’s warranted with how Bassett turns in a performance of vulnerability, appeal and a burgeoning steel to stand up for herself. Equally as compelling is Laurence Fishburne and his interpretation of Ike. A seductive and very suave guy in the beginning who recognizes the talent in Tina, his mercurial and resentful personality soon comes out with frightening and brute force. Fishburne explosively charts this path and  frighteningly throws himself into the part with superb results. It’s safe to say that the film wouldn’t have been the same or as watchable where it not for Bassett and Fishburne.

Conventional and oversimplified as some of it may be, What’s Love Got To Do With It gets its power from two sensational lead performances of Angela Bassett and Laurence Fishburne. Add to that one hell of a soundtrack, as well as its depiction of the strength that Tina had to gain in order to forge her own success away from the darkness and the film is eminently watchable.