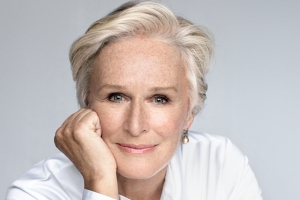 Sensational and highly talented Glenn Close turns 70 today. I have always admired her acting abilities and how easily she slips between characters. From being so calculating and frightening in some movies to being sympathetic and motherly in others, Close does it all and always convincingly. I can’t think of a single bad performance she’s given, which says a lot about her talent. So happy birthday Glenn Close, you’re a real legend.

As many people will know, Buffy the Vampire Slayer celebrated its 20th anniversary on the 10th of March. I was planning on doing a post, but the house move got in the way. Never fear, as I’ve decided to still do a post about the greatness of the show, just in belated yet graceful fashion. I love Buffy so much, it has to rank as one of my favourite shows ever. Watching as the eponymous warrior fought the powers of darkness while grappling with her personal life was entertaining television of the highest. As I could about the show for hours, I thought it better to condense my feelings into something more concise. So without further ado, here are the five reasons that Buffy the Vampire Slayer rocks like no other.

It knew how to scare you:

As a show that delved into the supernatural, it was only right that many things that our sarcastic heroine would battle would be creepy. And when I say spooky, I’m talking nightmare inducing at times. The villains and forces of darkness where never dull and had just the right amount of fright to creep you out.

It can make you laugh:

The sarcastic and often darkly humorous aspects of the show where always in high supply. In a show that was dark, laughs were generated frequently due to the comic timing of characters and the often outrageous things they would have to battle.

And just as quickly break your heart:

The amount of times I felt emotional watching Buffy are too many to count. It really knew how to get you emotional because of how well written it was. Tragedy and death formed large parts of the show, yet where always searing and ready for the tears to fall.

From the musical episode ‘Once More, With Feeling’ to the creepy and largely silent episode ‘Hush’, Buffy was always a show that was willing to take creative risks and challenges. And a lot of them largely paid off, which resulted in the show being a force to be reckoned with.

And of course the amazing title character:

Smart, sassy and kick ass to a fault, Buffy Summers has to be one of the strongest women warriors to hit television screens. Played to perfection by Sarah Michelle Gellar, Buffy is a girl you can gravitate towards on a lot of levels. In the beginning, she just wants to be a normal teenager though her destiny is what stops that. Over the course of the show, she grew into a woman accepting her destiny and learning how to embrace it. In short, Buffy Summers is a feisty and relatable heroine of steel and heart.

There are many other things I could list, but I’m trying to be concise as I know I’ll ramble given half the chance. All I have left to say is that Buffy the Vampire Slayer is a show that will never get old.