Brimming with engaging characters and laced with an eccentric humour, Cookie’s Fortune continues to show Robert Altman’s deft skill with talented ensemble casts. Focusing on the effects of an old woman’s suicide on the many eccentric people in her life, this yarn boasts off-kilter humour and bittersweet drama in equal measure.

Jewel Mae or Cookie as she is often called is the no-nonsense, ageing resident in the quiet town of Holly Springs, Mississippi. For years she has missed her husband and has pined for his presence in her life. She lives in an old but grand house with loyal handyman and best friend Willis Richland. Also living in the town are Cookie’s nieces, Camille and Cora. The sisters are polar opposites; Camille is a domineering, overly dramatic woman and Cora is naive and easily led by everything her sister says. Also arriving in town is Cora’s daughter Emma, a rebellious teenager who genuinely cares for her aunt and is engaged in an on-off relation 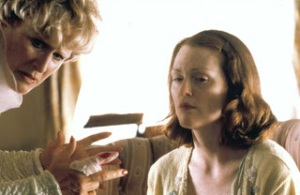 ship with a comically inept cop called Jason. Cookie decides it is time she joined her late husband and plans her own suicide by shooting herself as Easter approaches. After going through with it, she is found by Camille, who is presiding over the Easter performance of Salome. The already highly strung madam destroys the evidence of a suicide attempt and tries to make it look like the old woman was murdered. The reasons for this are Camille’s opinion that it will shame her family’s name and more prominently her desire to inherit the riches of the woman. After convincing Cora to help her, the police begin to investigate. The blame falls upon the kind Willis, but Emma is not so convinced by it and sets out to unearth the truth. As skeletons begin to rattle and secrets rise to the surface, dark humour is found in Camille’s desperate attem 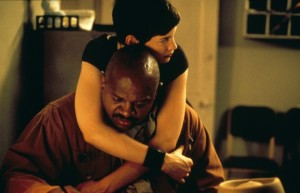 pts to avoid being found out. Touching moments also appear as we watch Emma try to save her friend from imprisonment. As usual, Robert Altman keeps the story ticking over with an eccentric ensemble cast, bittersweet revelations and a darkly comic undertone.

Although dealing with crime and accusations of murder, there is an almost breezy lightness and playfulness that pervades the film and keeps the drama and humour excellently intertwined and convincing. It may be said that it is one of Altman’s most accessible films, mainly because it focuses on the ensemble cast but doesn’t feature the cross-cutting between too many characters that his other films do very effectively but can also confuse viewers. The cast is the main reason to watch Cookie’s Fortune. Most of the humour comes from moments in Glenn Close’s theatrical and hysterical performance, such as the side-splitting moment in which she elaborately plans the way the “murderer” would have entered the house. Ably Supporting her is Julianne Moore in full on quirky mode as the subservient and odd Cora. Liv Tyler is impressive as the rebellious outcast Emma, capturing her youthful, spunky spirit and sullen disdain for her hypocritical aunt. Chris O’Donnell is a hoot as Jason, the inept and inexperienced cop who woos Emma. Charles S. Dutton has one of the best roles, exuding subtle emotions as the fiercely loyal handyman Willis, who out of most of the people actually cared for the old Cookie. In the small but pivotal role as the eponymous Cookie, Patricia Neal is superbly cast. It is through her character that every event unravels and the various deceit and lies come to the forefro 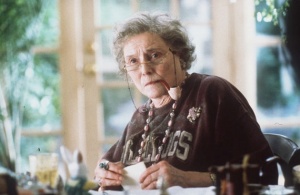 nt of the plot. Rounding out the impressively assembled cast is Ned Beatty as the head cop who uses fishing as a philosophy for life and what happens in it. Credit must go to the screenplay for injecting the oddball sense of humour that punctuates into the narrative. The simple but well-chosen bluegrass and jazz soundtrack adds to the Southern atmosphere of this crime comedy drama.